In order to use RunSignup, your browser must accept cookies. Otherwise, you will not be able to register for races or use other functionality of the website. However, your browser doesn't appear to allow cookies by default.

If you still see this message after clicking the link, then your browser settings are likely set to not allow cookies. Please try enabling cookies. You can find instructions at https://www.whatismybrowser.com/guides/how-to-enable-cookies/auto.

The Philly Mayor’s Cup was born over post-run beers among friends. From there, it has grown into a registered Non-Profit through the hard work and volunteer effort of many within the Philadelphia Running Community. In addition to the irreplaceable Team Captains, these are the faces behind the Philly Mayor’s Cup:

Anthony LoCicero (CEO):
In addition to co-founding Philly Mayor’s Cup, Anthony’s hobbies include running with friends and making sawdust. He considers his personal best achievement to be putting up with Johanna for 29.5 hours at the 2014 Viaduct Ultramarathon. He is also very thankful that his wife lets him spend so much time organizing this race.

Johanna Goode (COO):
When she’s not at work at RunSignUp, Johanna can be found running any available trails (or roads, in a pinch), reading, eating frosting, and organizing adventures for her unsuspecting victims (“friends”). Her talents include eating spicy food, sleeping in a crowded room, and falling down at least once a week 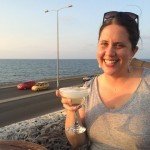 Judith Sznyter (President):
Attorney Judith brings her organization and knack for creating fun to the Philly Mayor’s Cup Board. In her real life, she spends her time cooking masterpieces (the woman knows her vegetables), knitting in bars (or anywhere), leading up softball teams, and traveling the world with co-conspirator Carolyn. 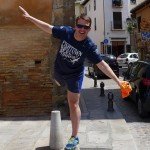 David Maver (Treasurer):
David Maver is a longtime member of the Fishtown Beer Runners and treasurer for the Philly Mayor’s cup. A runner for a long time, he caught a serious running bug in 2010 when he started running marathon after marathon with Race Director Anthony LoCicero. In between marathons, and even some of the nights before, Dave can be found working as an intensive care nurse at the Penn Presbyterian Medical Center in West Philly.

Liz Pagonis (Director at Large): A captain of Team Philly, Liz is something of a celebrity in the Philadelphia running community and, as a representative of Philadelphia Runner, a trusted resource for all things running. When she’s not running, she likes big books, hidden cabins with porch swings, hammocks, craft brews, and cheese. She’s a fan of Philly, but not afraid to wander off for far-away adventures. 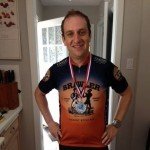 Dima Kreminskiy:
Dima lends his financial advice and saavy, detailed evaluation of procedure to the Philly Mayor’s Cup team. More cyclist-than-runner for much of his adult life, Dima impressed friends with his speedy ascent in running when he took the plunge into training for his first marathon. A native of Odessa, Ukraine, Point Breeze is now home for him, his daugher Ilana, his wife Mary, and his slightly haughty cat Nastia. 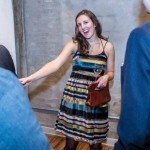 Kate Bosco McDevitt (Logo Design):
A Fishtown Beer Runner, Kate regularly surprises unsuspecting runners with her speedy ascent of the Benjamin Franklin Bridge. She pitched in her free time to design the original, seen-all-over-town Philly Mayor’s Cup logo; more of her design work can be found on her website: http://kboscodesign.com/ 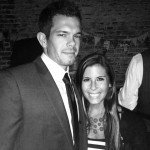 Jim Benson (Marketing/Graphic Design):
Jim is an Art Director with over ten years experience in graphic design and web development. He first got involved with the Philadelphia running community (and running in general) when he joined the Fishtown Beer Runners back in 2008. He can be found on the interweb @jimsonofben or http://www.jimsonofben.com/. 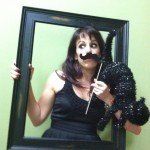 Christina George (Marketing Material Production):
In addition to helping set up aid stations a dark o’clock in the morning, Christina is an Interior Designer who counts a famous author as one of her clients. She’s also responsible for much of the race signage you see, and the Race Director’s signature hats. 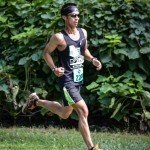 John Encarnacion:
A captain for the South Philly Striders and an attorney at Nationwide insurance John is best known as a Cyborg. He maintains his unparalleled party-attendance record by running between destinations and saving time with Irish Goodbyes. In addition to running, he plays every sport you could think of, and is a co-author of a book about Jimmy Buffett. 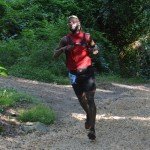 David Johnson:
A captain for Black Men Run, Dave tackled the (longer-than) half marathon at the 2015 race, and is hoping to reclaim the club award Spirit (and best post-race party). He runs and runs…and when he’s not running, he’s likely thinking about running. 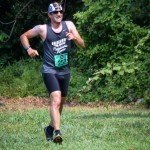 Todd Lippin:
A captain for the Furthur Training and Racing team, Todd has tasted (literally) Philly Mayor’s Cup victory: he drank out of the Cup when his team took the title in the inaugural event. Todd’s dedication to his club was on full display in 2015: he hobbled through the 5 mile on an injury to ensure a full roster on Race Day. 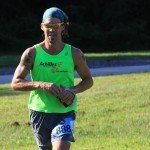 Rodney Russen:
Rodney is an ultra-marathoner, a Boston qualifier, and an all-around dedicated runner…but you’re just as likely to find him chilling with a beer, pacing friends, guiding Achilles athletes, and otherwise enjoying life. He lives in NJ with his dog Wyatt, but spends much of his time running (and otherwise) on this side of the Delaware River. 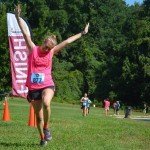 Liz Pagonis:
A captain of Team Philly, Liz is something of a celebrity in the Philadelphia running community and, as a representative of Philadelphia Runner, a trusted resource for all things running. When she’s not running, she likes big books, hidden cabins with porch swings, hammocks, craft brews, and cheese. She’s a fan of Philly, but not afraid to wander off for far-away adventures. 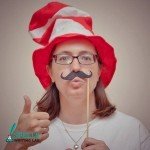 Elizabeth Encarnacion:
A children’s book editor/author and Program Director of the Spell’s Writing Lab, Liz and her camera are a staple at running events around Philadelphia. She can be spotted on the sidelines of marathons, 5K’s, and trail races, poised to snap a picture of familiar and not-so-familiar runners alike. She’s responsible for at least half your running friend’s profile pictures! 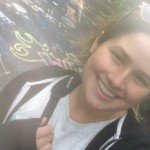 Libby Maver:
The sister of runner and Board Member Dave Maver, Libby is an Early Education student at Temple University. She’s been snapping photos for years, and is a repeat photographer for a variety of Fishtown Beer Runners events throughout the years. 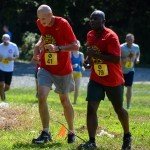 James Goode:
James has spent decades photographing distant landscapes, foreign cities, and the family and friends around him. He pulled double (or quadruple?) duty on race day 2015, photographing several races, driving the official race van at 4am, directing runners, and racing the 5K himself. 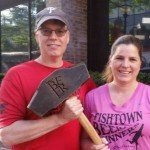 Mike Searer (Member at Large):
Mike is a reluctant runner, sometimes better recognized as a gigantic bull, Obi-Wan Kenobi, or Blitzen the Reindeer. He can be found offering (un)professional therapy sessions, playing pool, and providing late-morning coffee to weary Philadelphians. In addition to his work on the Board, Mike provided hundreds of high quality photos to the 2015 Mayor’s Cup runners.

And help from our friends at the Fairmount Park Conservancy, Mark Elsasser and the rest of the Belmont  Plateau Trails Alliance, Tim Krueger & Joe Berta at Run The Day, previous Board Members Carolyn Redmond, Michael Pidgeon, David April, and all the Race Day Volunteers.